About Us » About Our Namesake 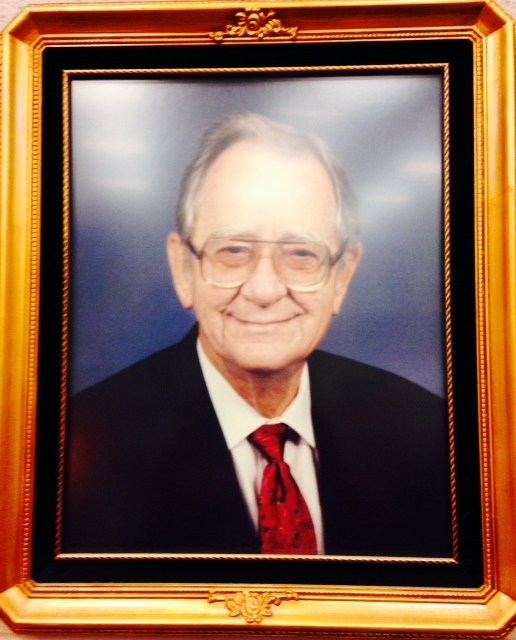 I am Carolyn Cathey, the widow of Rodney Dean Cathey and I would like to tell you a few things about the man for whom your school was named.

Rodney was born in 1924, at Childress Texas, the fifth child of seven children, to James Earl Cathey and Gertrude Land Cathey. At the time of his birth, his father worked for the Ft. Worth and Denver Railways. But in 1929, when the Great Depression impacted the U.S. economy, his father lost his job and began sharecropping on small farms, moving from one to another in the area. Immediately this dropped the family into the disadvantaged poor, the bottom segment of the social system of that day. History books include a detailed account of the economic hard times of the early thirties. On a personal note, though we did not know each other as children, Rodney and I, both, lived the life of the disadvantaged poor. From his own written words—

“……I was part of that migration. An old car—seven children, a dilapidated trailer with chicken coups hanging on the side. My home was a tent—not camping for recreation, but camping by necessity. One of the vivid memories of my childhood is how that tent leaked when it rained. I have walked home from school in the snow barefooted. Not by choice, but because I had no shoes to wear. I went for days without bread because we could not afford to buy flour. I remember that free lunchrooms were set up for children and I wouldn’t go eat because I did not want to admit that I was poor…..”

--Before the abundance of airplanes, high tech yachts, cars, and---

even before the wide use of tractors and mechanized cotton pickers,

was the time in which, as children, Rodney and I lived.

After school and on the weekends as a boy on a farm, Rodney walked behind a mule to plow the fields and pulled a sack behind him as he picked cotton. In Texas, along with other Southern states during the early thirties, tenant/sharecropping families moved from farm to farm as migratory laborers.

With a move to Abilene, Texas in 1939, his family unit was headed by a single mother taking in other people’s laundry-(yes, washing their dirty clothes—no automatic washers)—in order to support her family. After school hours found him working at an ice cream shop, a drug store, delivering newspapers from a sack on his back, and later supervising other delivery-boys. After high school graduation, he served in the U.S. Army during the years of June, 1943 to February 1946 and was assigned to the Transportation Corps with service in the Southwest Pacific.

In the next few years he served as public school teacher and principal at all levels in different Texas towns. For seven summers he borrowed money on an old car to be used toward taking graduate courses at The University of Texas. In 1961 we moved as a family of six, to Austin, Texas for Rodney to finish his work on his Ed.D degree at the University of Texas. After receiving his degree in 1962, Rodney served as Assistant Superintendent of Schools at Pharr-San Juan-Alamo ISD, Superintendent of schools at Bay City, Texas and finally served at McAllen ISD, as Superintendent. On June 18, 1973 he spoke before the Committee on Education—House of Representatives of Texas—Sixty Third Legislature, requesting extra funding by the state on issues pertaining to the unique problems of deep South Texas schools. After 14 years as Superintendent of McAllen ISD, he retired in 1983.
We lived in McAllen until his death in 2000.
From humble beginnings, supported by teachers who cared, with hard work and determination, Rodney emerged to lead a respectable, satisfying, successful career.

Rodney’s life is one story of the American dream of which, you also can be apart.

This is my challenge to each of you—

Work to make it happen in your life.